The Lubrication for bag sewing thread

Silicone polymers due to their inherent properties of good heat resistant, excellent lubricating properties and other related properties of ecological importance is considered as the best ingredient for a good thread lubricating formulation. In theory, all lubricant products all work in a similar way. If you could see a magnified close-up of a metal surface, such as the eye of a needle or a sewing machine bobbin hook, you'd notice it has very tiny pits; these pits are present on even the finest metal sewing tools and equipment. Silicone particles act as microscopic ball bearings to fill in these pits, making the metal smoother and reducing friction. With less friction, the needle stays cooler and the thread is less likely to shred or break or the machine to skip stitches. Thus Lubrication o Cools the needle during high speed sewing, preventing thread burn out o Prevents wear and tear of machine parts o Increases seam strength by preventing strength loss due to abrasion while sewing Application Methods: There are two types of application method: Exhaust Method: Where the lubricants are used post dyeing in exhaust system (RESIL RANGE OF PRODUCTS: Resil yarn X series, Resil Innocelle YL, Resil Optaglide LW , Resil AS1, ResilBT1007) Lick Roll Method: Where the threads are taken out of the dyeing machines, dried and then lubricants are used from a roller to the thread. This method is usually the most common method (RESIL RANGE OF PRODUCTS Resil Optaglide SW , Resil DPL 045A, Resil BL 1037, Resil Optasol 85 , Resil DPL 282 , Resil DPL 127, Resil Innocelle 1728 ,Optasol 145) The main function of sewing threads is to hold together parts that could be of textile, leather etc to form garments etc and other made-ups. Sewing machines are used to join the parts with the sewing thread in a process called Sewing. Industrial Sewing is an extremely high-speed operation (up to 12,000 stitches per minute) that demands a great deal from the sewing thread. The kinds of forces that are exerted on sewing threads during sewing are: Braking force (starting and stopping forces) Forces exerted by the thread tightening spring Frictional forces at the various deflection points (e.g., take-up lever) Inertia forces occurring during abrupt acceleration, especially in high speed sewing machines Constant changes in strain on the thread. For bag closing machine the lubrication seems to be a more seriously point , DEMAN thread with special lubrication way ,In this way, the fracture caused by friction is greatly reduced, the service life of the needle head is improved, and the time consumption caused by the replacement is reduced. We always known how important the lubrication for thread ,and also the high level lubrication material's role in thread for the testing of thread if can meet the food contact material . DEMAN concerns quality and concerns healthy more .

No posts published in this language yet
Once posts are published, you’ll see them here. 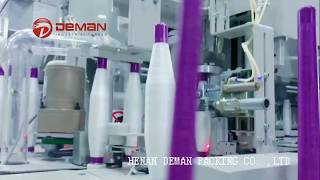 Video of our workshop - Version 2.0 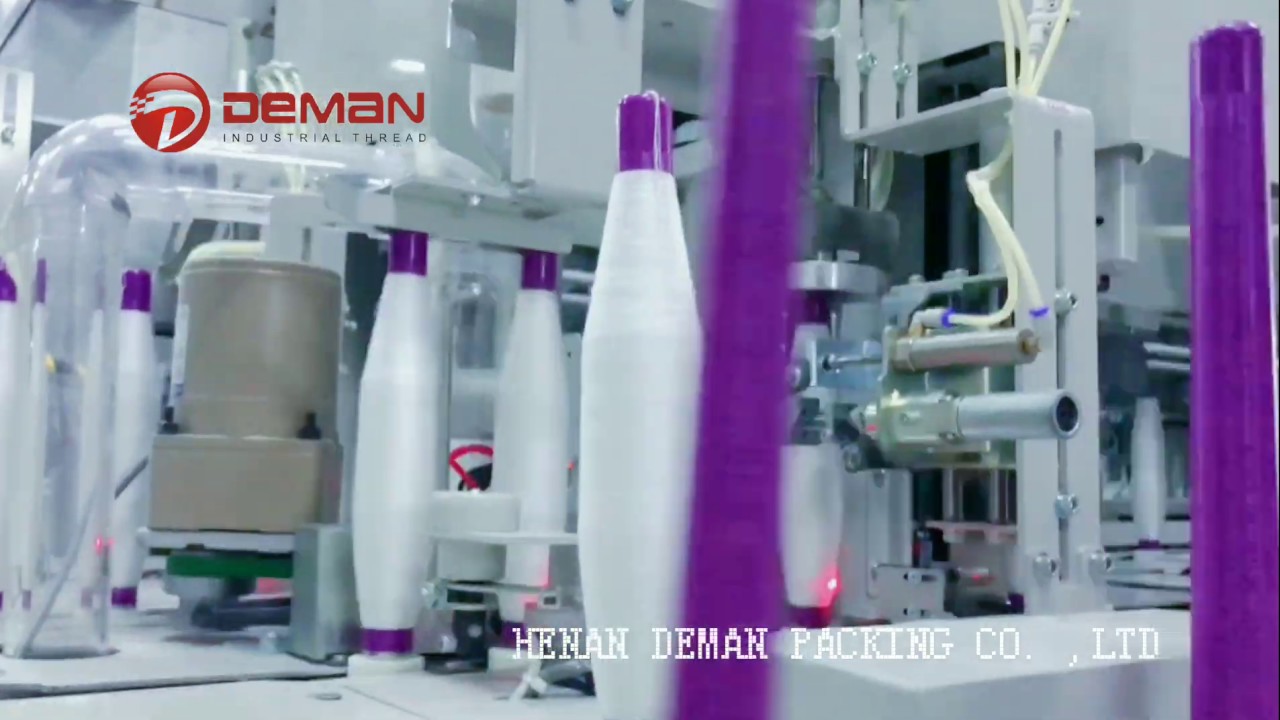 DEMAN will participate in the exhibition PACKEXPO CHICAGO 2018